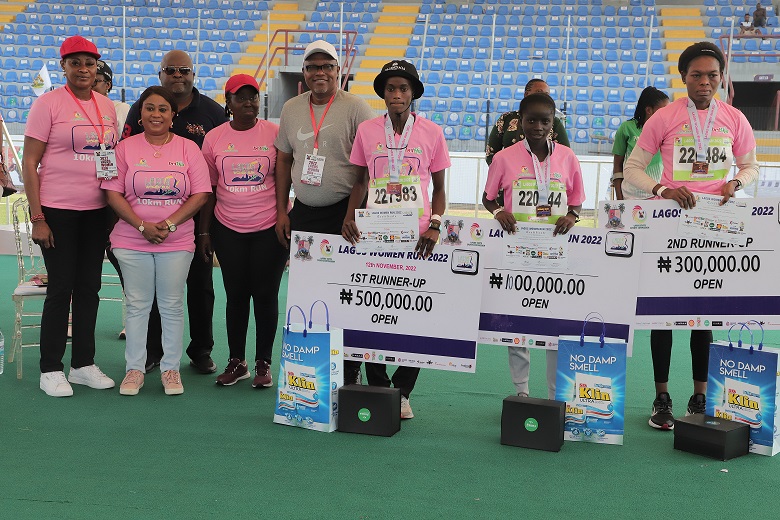 She put up a stellar performance from the start point to the end with 29mins 38:72 seconds.

” I appreciate Almighty God for giving me this opportunity to be part of this laudable event. Through my hard work and training, I’ve been consistent to ensure that l have a name printed in Gold here in Lagos.

“I deserve this silvaware because of the level of my training everyday and I will still defend my title again”.

The Executive Chairman, Lagos State Sports Commission, Sola Aiyepeku described the 7th Edition of the Lagos Women Run as a Culture for Women.

He said the main aim of the event, which  is developing a culture and healthy life style for women is been attained, “we have more women registering and running every year.

The message is spreading, we are looking at a bigger and fuller Marathon and the organization is smoother and better ” he added, stating further that women had marginalized for a long time,  Government has always enhanced and encouraged women participation in sports.

Director General, Lagos State Sports Commission, Oluwatoyin Gafaar, said this year’s marathon has shown that women are improving and determined to give the best not just in records but in participation which is encouraging and fundamental.

” We want more of women in sports to participate to have a larger number not only in athletics but in all sports” he added.