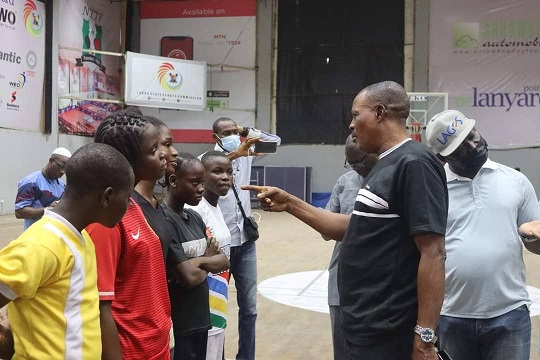 The Director, Sports Development, Lagos State Sports Commission,  Kolawole Moses, has said that the Screening exercise  for Athletes to represent Lagos State at the forthcoming 6th National Youth Games  in Ilorin,  Kwara State, was a  carefully thought out and well organized Process.

Kolawole  made this Statement  at the conclusion  of a 2 day Screening  exercise  for School based Athletes, held at the Molade Okoya-Thomas Indoor Sports Hall,  Teslim Balogun Stadium , Surulere,  on Friday.

Kolawole posited that, as the 6th edition of the NYG is fast approaching,  Lagos, the sports hub, is working round the the clock to ensure that it presents only eligible “In – School” Athletes, who fall within the age range  stipulated  by the Federal Ministry of Youth and Sports,  to vie for the laurels.

“The Screening exercise is very paramount because the commission would not like to be embarrassed by the time we get to llorin for the Sports fiesta.

“I want to categorically tell you that the chances of Team Lagos are very bright because,we have been preparing for the Games before this time”, further  stating  that, that the Ministry of Education and all the six Education Districts in the State were involved in the process.