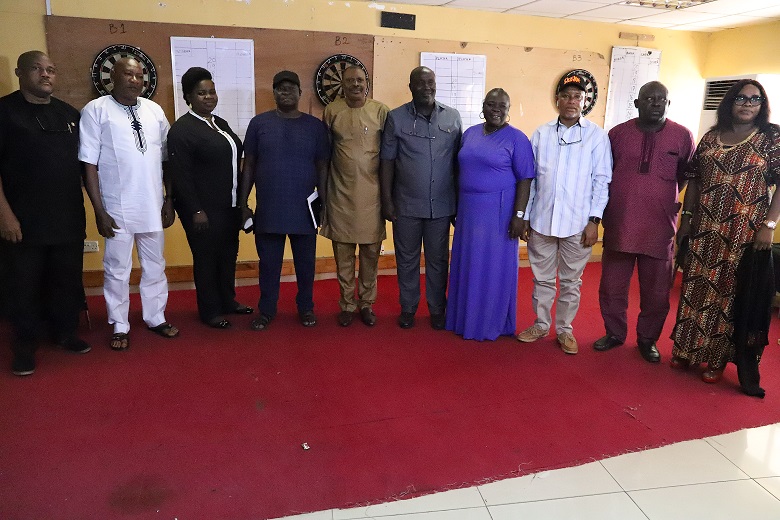 The Director of Sports and General Manager from the 5 States in South West of Ogun, Ondo, Oyo, Osun and Ekiti have tasked  Lagos State to help the drive Sports Development in the Zone.

This was disclosed on Friday during the meeting of Director of Sports and General Managers from the Six States of the South West that include the host State Lagos , Ogun, Ondo, Oyo, Osun and Ekiti held at the Sports Bar of the Teslim Balogun Stadium, Surulere.

The meeting coordinated by the Zonal Coordinator of the South West Zone of the Federal Ministry of Sports and Youth Development , Femi Ajao,.recognized the fact that Lagos State is  a foremost Grassroots Sports Development State in the South West, therefore the State is in the vantage position to make the zone  formidable in sports in Nigeria by assisting in  organization of more grassroots Sports Competitions.

According to the Director General, the main focus of the Meeting is to foster the  development of Sports from the Grassroots which is developmental, and to have almost equal grassroots development in the South West.

” We in the South West are working together to bring changes to Sports development in the zone and we will, in a few months, translate this plan to reality”, adding  that the Zone will concentrate on Individual Sports, rather than Team Sports because of huge financial implications that hosting of Team Sports Competitions will gulp.

” We can bring Sport into Unit and not necessary Team Sports and it’s not going to be a one off arrangement”.

” This outcome will be better than what we have been seeing before”. Gafaar Said.

The Zonal Coordinator of the South West Zone of the Federal Ministry of Sports and Youths Development, Femi Ajao, while speaking with Journalists, stated that other States in the Zones should emulate what Lagos State is doing in terms of Sports Development at the Grassroots.