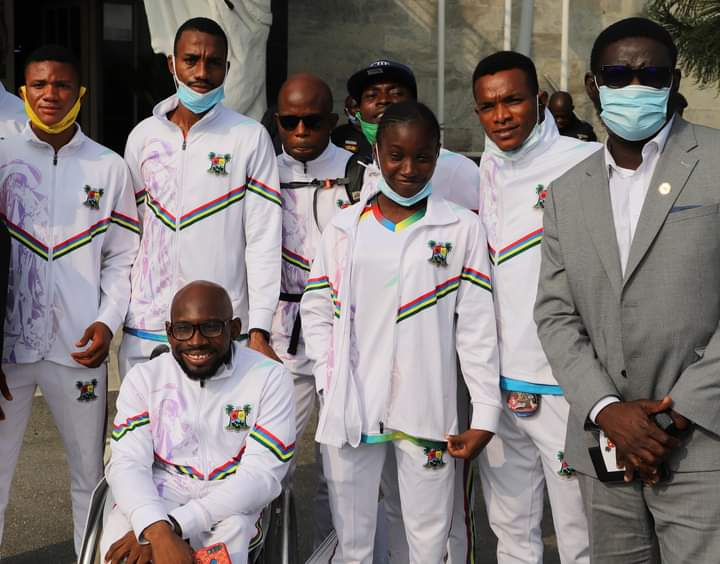 The Director General, Lagos State Sports Commission Oluwatoyin Gafaar, has  commended the Governor of Lagos State, Mr. Babajide Sanwo-Olu, for his total support to the development of teaming youth in Lagos State most expecially the sports men and women.

According to Gafaar, the Governor since his assumption in Office in the last two years, has continued to support teaming Youth in Lagos particularly those participating in sports.

The Sports loving Governor has always been giving the Team Lagos Athletes, Students both in Public and Private  Secondary Schools in the State the good platform to showcase their talents through series of approved Competitions and Championship for them.

” I want to commend Mr. Governor , Babajide Sanwo-Olu for his commitment to the cause of developing the teaming youth in Lagos State and sports development at the Grassroots level”.

The support to the  Two Foreign Based and Four Home Based Tokyo Olympics-bound Lagos Athletes has again shown that the Governor has the interest of the Lagos Youths at heart.

It will be recalled that Governor Sanwo-Olu paid the outstanding cash awards owed  Lagos Medalists of the 2018 National Sports Festival tagged “Abuja 2018” by the immediate past administration in Lagos State.

This singular act of Mr. Governor has proved that he is ready to support, improve and cater for the well-being of the Lagos State Youth.

Gafaar assured the teaming youth in Lagos State and Sports men and women, that the State Government under Governor Sanwo-Olu would continue to support them to excel in Education and Sports and as well as to position Lagos State as the leading sports hub in Nigeria while creating the synergy between Sports, Tourism, Entertainment and Job creation for them.

” We at Lagos State Sports Commission thank our amiable Governor, lover of the Youth, for providing an enabling environment and support for the Youth in Lagos State, and also for giving them the platform to lead them to greatnes at the State, National and International Levels”.